In a shocking incident, three persons including father and son were killed due to an electrical short circuit in bordering Tangdar town of north Kashmir’s Kupwara district during pre-dawn hours on Wednesday.

Locals blamed the Power Development Department (PDD) for loss of lives claiming the short circuit was caused due to negligence of officials. 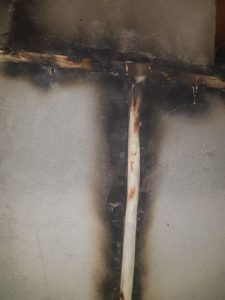 Two others were critically injured in the incident at around 3:00 am, reports said. All five persons got electrocuted after they tried to switch off electric appliances in their houses in Nad village.

They suffered ciritcal injuries and were rushed to local health center, where three of them succumbed. Two others are undergoing treatment, health officials said.

“A case under RPC section 304 A has been registered against power department for their alleged negligence. Investigations has been initiated and those responsible shall be dealt under law,” Budoo added.

Meanwhile, locals said that despite repeated requests the power department has not repaired transmission lines leading to loss of precious human lives. They demanded registration of a murder case against department.