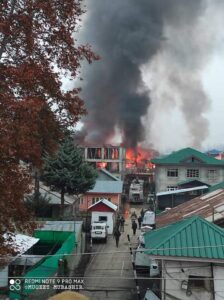 Fire broke out in one of the rooms of teshil office Bandipora and later engulfed the entire building.

Fire tenders have been rushed to the spot to douse the flames.

“The cause of fire is not known yet,” officials added.