Kupwara Covid-19 infected teen hid himself for days but was chased down: DM

KUPWARA: A teen (boy) from Manigah area of north Kashmir’s Kupwara district, who tested Covid-19 positive during hospital quarantine on Wednesday hid his travel history and tried hard to evade authorities’ surveillance for days but was finally tracked and put in quarantine on April 4, District Magistrate said.

The authorities had a tough time laying hands on a 17-year-old boy and six other members accompanying him – all having travel history from Bhopal to Delhi’s Nizamuddin Markaz– also known as Jamat headquarters, which the government recently notified as one of the biggest ‘hotspots of novel Cornovirus spreader’ in the country. 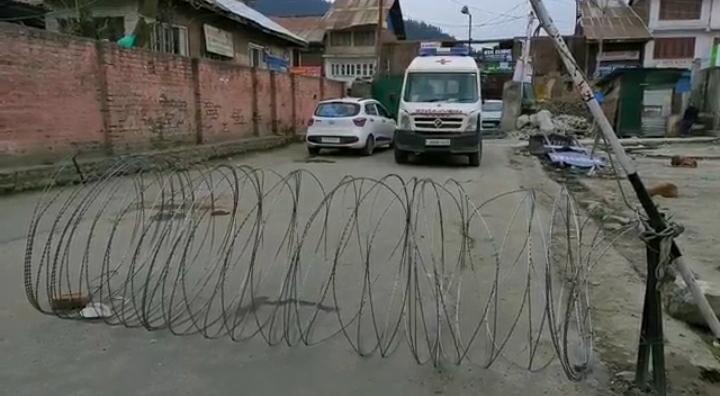 However, Jamat has dismissed the charge and maintained that it barred entry of participants into Markaz after restrictions were announced by authorities on March 22.

Manigah teen tested positive Wednesday during quarantine, nearly three weeks after he returned to home. He was not the only returnee from Delhi’s Nizamuddin, who unsuccessfully tried to mislead authorities on travel history and even went into hiding but six others accompanying him also played hide and seek with authorities before they were literally chased down.

“He came negative during thermal screening on his arrival but was still on our radar. He continued to hide his travel history and almost went into hiding. I had to use police to track him and put in quarantine,” Anshul Garg, Kupwara District Magistrate, told ‘Curtain Raiser’ referring to Manigah teen.

All his family members have been put in quarantine and the area declared as red-zone –inward and outward movement made prohibitory. On Thursday, a medical team headed by Kupwara Tehsildar and a police officer visited the village and distributed masks among villagers.

In an unprecedented effort to contain the infection, more than 2000 domestic travellers (from within the country) have been screened so far in the district, according to Garg. Like other major towns in Kashmir, district authorities in Kupwara are sparing no efforts to ensure a complete lockdown and availability of essentials and medecines to people.

A pregnant woman who developed complications on Thursday was shifted from border town Tanghdar to Kupwara in an ambulance for delivery.

“The day government declared Markaz visitors in ‘high risk’ category and Markaz as a hotspot of Covid-19, my teams went door to door searching for Markaz or Nizamudin returnees. Manigah boy was part of a seven member group. All of them hid their travel history and we had to use police to track them down,” Garg said.

The district magistrate made a fervant appeal to domestic travellers particularly Nizamudin returnees and people, who may have come in their contact, to come forward and reveal their travel history.

“That is why, we have this boy testing positive in quarantine and not randomly and despite the fact he came negative during thermal screening. All eight cases so far in the district were on our radar and tested positive only in quarantine”  he added.

A good number of people having a travel history of ‘Nizamudin hotspot’ were already in quarantine, DM said.

“For instance, at least 20 people in Jawahar Noviday Vidyalya also called JNV, 10 in Gujjar Bakerwal hostel, another 20 in border town Tanghdar- all Nizamudin returnees- are currently in quarantine. Sadly at least 1000 people somehow escaped from quarantine facilities,” he added.

Regretting irresponsible behaviour of Covid-19 suspects, the district civil chief said that two youth from Hajin, Bandipora recently escaped from a quarantine facility and took shelter at a house in Kupwara.

“But we tracked them immediately and put them in quarantine at Degree College Kupwara,” DM said.

The authorities in Kupwara have screened at least 250 Kupwara- bound foreign travellers during past two weeks. Contact tracing of positive cases in the district has been intensified, DM informed.

Meanwhile, a boy from Shahwali Muqam area of district having a travel history of Delhi and contact with a Nizamudin returnee, tested positive on Thursday, adding to the panic among Kupwara residents. 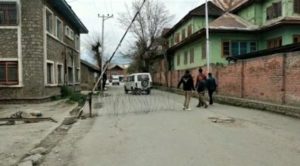 The Shahwali Muqam boy took to twitter to accuse local Sarpanch of intimidating him claiming he went through home-quarantine immediately after his return and he has not attended Tableegi Jamat event in Delhi but Sarpanch was forcing him to undergo hospital quarantine.

“This is a typical case of those picked up on account of link with Nizamudin hotspot and tested forcefully to cover all bases despite no apparent link to Markaz or stay in the area. Sadly people are still behaving irresponsibly and not forthcoming with their exact travel history,” DM said, referring to Thursday’s positive case.

In wake of a rise in Covid-19 positive cases in the district, authorities have designated 100-bedded district hospital Kupwara as a quarantine center.  On Thursday, twenty-four more people including Kupwara boy tested positive for Covid-19 disease in Kashmir, taking the total number of cases in Jammu and Kashmir to 184, officials said.

“24 more positive in Kashmir. Total 184. 32 in Jammu, 152 in Kashmir. All are contacts. A result of aggressive testing,” Rohit Kansal, government spokesman, tweeted.

With a spike in cases in the Union Territory of Jammu and Kashmir and also across India during past few days, authorities are struggling to contain the spread amid a complete lockdown since  March 25, which has forced more than 1.37 billion people, a large chunk among them poor and homeless, to stay indoors in an unprecedented effort to contain the fast-spreading infection.

At least 170 people have lost their lives and nearly 6000 have been found Covid-19 positive across India.

We will hunt down militants & their sympathisers: LG Manoj Sinha on civilian killings

Man arrested for carrying out explosion in Rajouri: Police